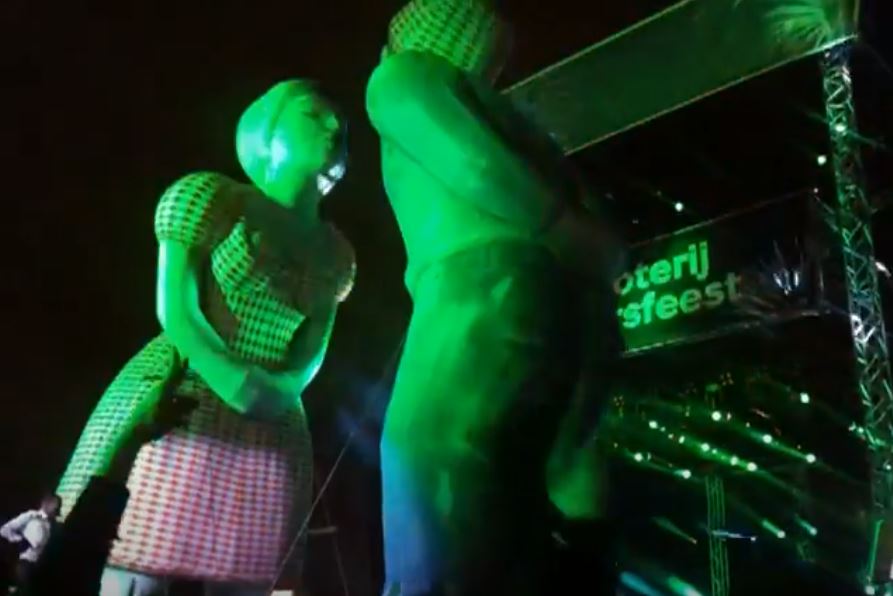 For the Staatsloterij New Year’s party 2012 on the Museum square in Amsterdam, the firm Airworks made two 12m high inflatable puppets. They where place on stage and moved towards each other so that they kiss at exactly 12 o’clock.

Last week the spectacular new facade of the Stedelijk Museum in Amsterdam is exposed.

The futuristic-looking form, designed by Benthem Crouwel Architekten, is made from Twaron, a material sponsored by the Japanese company Teijin Aramid. Twaron is used in aircraft, ships and bulletproof vests. This is the first time it is used in a façade. The facade is one hundred meters wide and extremely light: it weighs less than half of a usual facade.