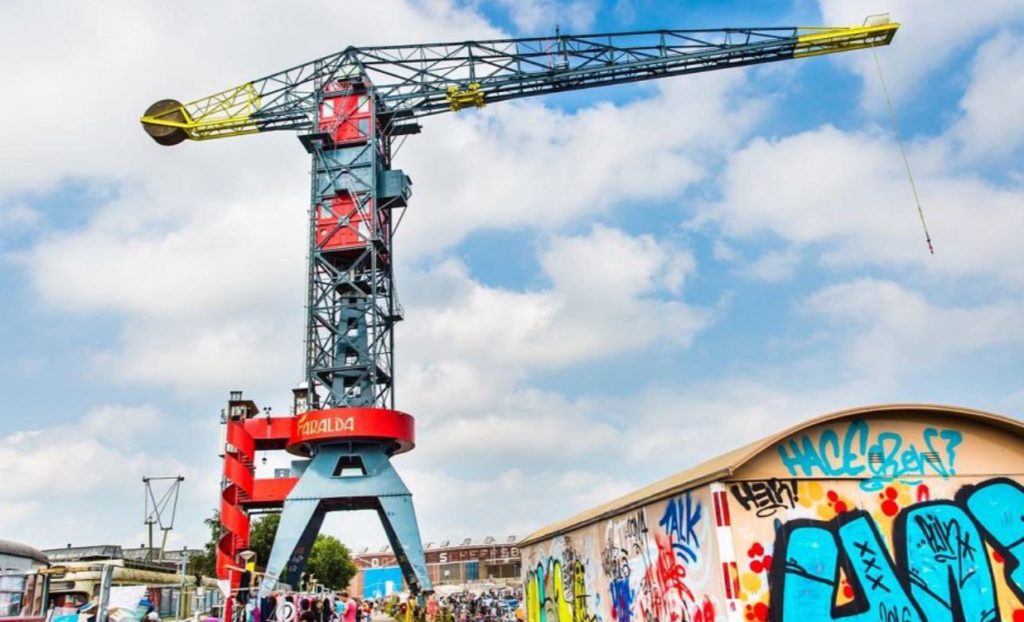 The former NDSM crane 13 has now become a high-profile Amsterdam development: The 50 meter high object is an imposing appearance and has been realized in the well known and much-discussed former NDSM shipyard just near de border of the river IJ and the Amsterdam city centre.